According to The American Bar Association, undue influence is defined as a fiduciary or confidential relationship between two people where one person influences another person to enact their will instead of the influenced person’s will. In other words, undue influence is when someone close to a person uses coercive tactics – such as affection or intimidation – to financially exploit someone else. For example, a con artist might try and befriend an elderly person online and trick them into wiring them large amounts of money, or a caretaker might isolate and then convince their dependent to leave their estate to them after passing.

Unfortunately, it can sometimes be hard to identify undue influence because it is not always obvious. However, there are several ways to recognize it. If you believe a loved one may have been subjected to undue influence, consider reaching out to the experienced attorneys at Harrison Law, PLLC for support in protecting their wishes. We can be reached at (480) 320-2310. 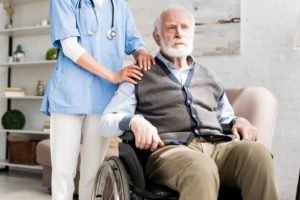 One of the ways to identify undue influence is to recognize who is at risk. Often, it is people who have vulnerabilities that make them more susceptible. This may include:

In many cases, these people are susceptible because they may be vulnerable to people in positions of power over them, such as:

According to the Population Reference Bureau, there are over 52 million Americans over the age of 65 – a number that is only expected to increase. Elderly people are among those most susceptible to undue influence.

Does Your Loved One Suddenly Seem Isolated?

Changes in Behavior May Also Be Indicative of Undue Influence

Another way to identify undue influence is by changes in behavior. For example, your loved one may:

Sudden and Unexpected Financial Changes Are a Red Flag

One of the most critical ways to identify undue influence is sudden and unexpected financial changes, such as:

If you have questions or concerns about whether a loved one may have been impacted by undue influence, it may be helpful to speak with an experienced and compassionate attorney such as the ones at Harrison Law, PLLC.

Is an Unexpected Person Speaking Up on Behalf of Your Loved One?

Another indicator that can help people identify undue influence on a loved one is when an unexpected person begins speaking up on behalf of that loved one. For example, a child who was not previously close to a parent may suddenly decide to act as their caretaker and inform everyone else that the parent is too weak to meet with other people. Some examples of people who might attempt to exert undue influence could include:

Simply put, almost anyone could attempt to exert undue influence – it is a matter of being able to manipulate and coerce the victim into agreeing to what the perpetrator wants financially. In some cases, the perpetrator may even turn to control over medications, access to food, information, or sleep in order to gain undue influence over them.

How an Experienced Arizona Estate Planning Lawyer Can Help

Typically, undue influence cases are seen in probate courts with petitions for guardianships or over disputed estate plans. Dealing with undue influence cases can be difficult and overwhelming for family members as they may have to face the painful reality that their loved one was exploited financially.

If you think you may have identified undue influence over a loved one, consider speaking to an experienced and compassionate attorney for legal support. At Harrison Law, PLLC we bring decades of experience to the practice and may be able to help review your case to determine if you have an undue influence claim. Reach out to us for support at (480) 320-2310.