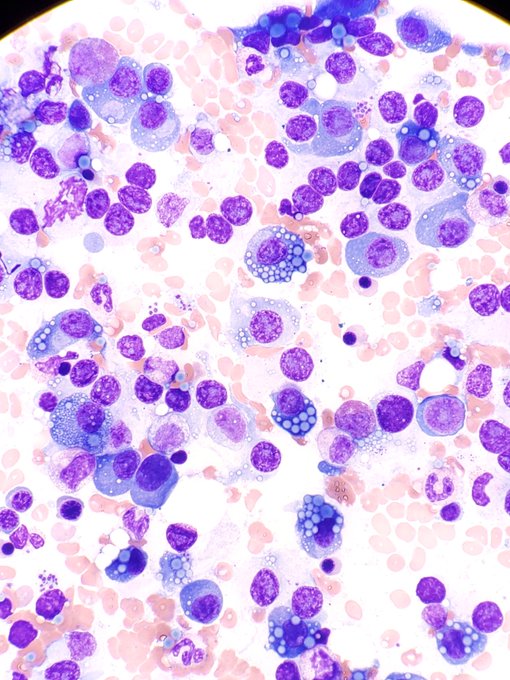 The pathologist has an important role in the practice and science of medicine.  When tissue is removed during a surgery or when a tissue sample is taken of a suspicious area, these samples are sent to the pathology lab where a pathologist examines them to determine what they are and whether they present a danger to the patient.

Pathologists generally do an excellent job.  Their error rate is low.  It is estimated to be between 1 and 4 mistakes per thousand pathological diagnoses.  Not only are they good at identifying what they are seeing, they are also good at asking others for help when a diagnosis is not clear.

One of the most important determinations a pathologist makes is whether a tissue sample is cancerous or not.  This is where I often come in.  I have had cases in which the pathologist made a mistake and determined that a sample was not cancer when it was.  I had a case in which samples were mixed up and a patient with cancer was told that there was no cancer.  I had a case in which the pathological diagnosis was very difficult and it took almost a month to get a final report.  The delay in reaching a final diagnosis and the fact that the final diagnosis was different than the provisional diagnosis led to a failure to inform a patient of his cancer.  The patient died as a result.

Not long ago, there was a reported story about a pathologist at a VA hospital in Arkansas who had an alcohol problem that led him to make error after error in examining tissue samples.  There are a lot of lessons to be learned from this sad story.

It appears that many of his fellow doctors and many staff members were aware of his alcohol problem and that he was often drunk on the job.  However, due to concerns about retaliation, no one said anything and he was able to practice there for over 13 years.  A later review found that his error rate was almost 10%, which is 33 times the usual error rate.  His mistakes led to a number of deaths among the veterans being treated at his hospital.  He has been sentenced to 20 years in prison for involuntary manslaughter and fraud.

Among the lessons to be learned is that you cannot count on the other doctors and staff at a hospital to look out for the welfare of the patients and report bad actors.  People are people and they tend to look out for themselves first.  If a hospital does not have a good culture which encourages reporting problems, they won’t get reported very often and patients will suffer.

Another lesson is the need for quality assurance to make sure pathologists are making their diagnoses correctly.  There was a procedure for reviewing the work of others at this hospital but the bad doctor faked the records to make it appear his work had been successfully reviewed.  Weak hospital policies that can be circumvented without much trouble lead to patient injuries.

In the end, we are at the mercy of the doctors and hospitals to a great extent.  The best we can do is request a second, independent pathology review from an unrelated pathologist before making critically important decisions about surgery or chemotherapy.  This includes second opinions to confirm a diagnosis that the tissue sample is not cancer, especially when you have concerning symptoms that suggest cancer.